WISHLIST
This post has
0
votes
vote for this article 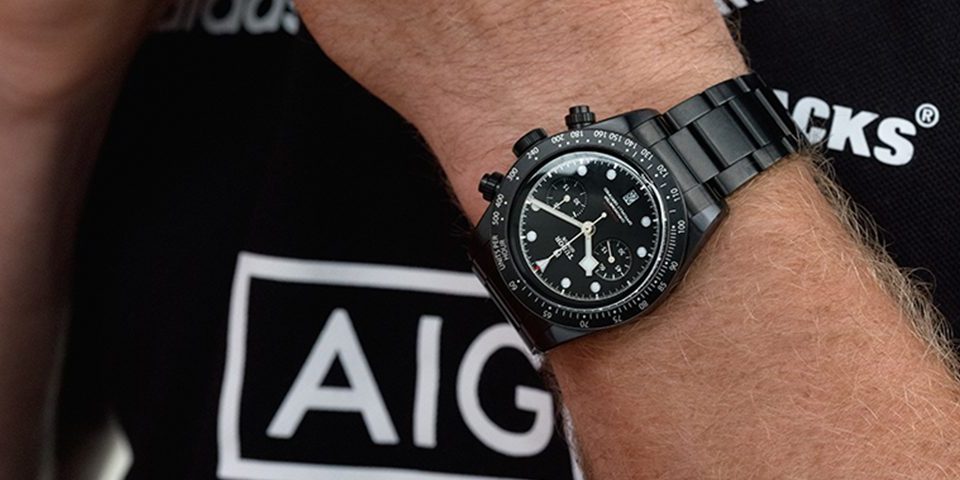 Tudor presents the Black Bay Chrono Dark, a black version of its Black Bay chronograph in limited edition.
Do you like it?1
Read more 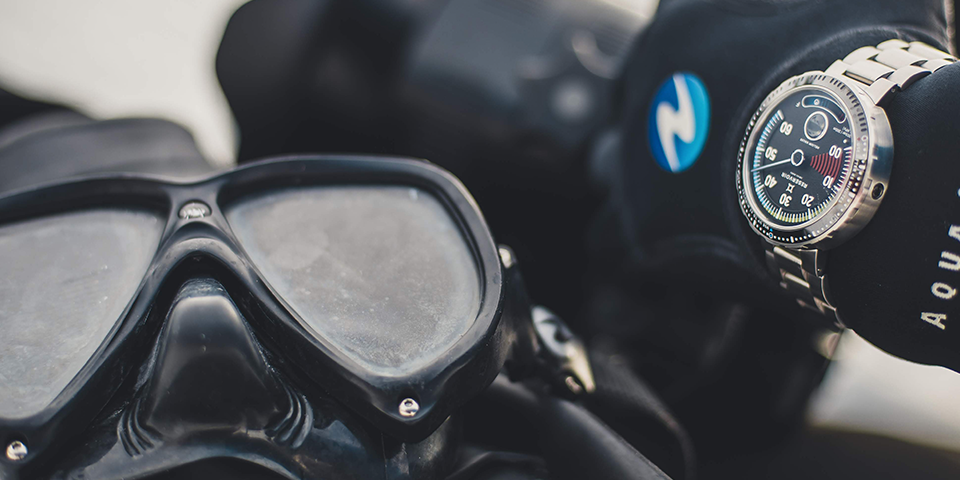 Nominated at the Grand Prix De L’Horlogerie De Genève 2019!
Do you like it?1
Read more 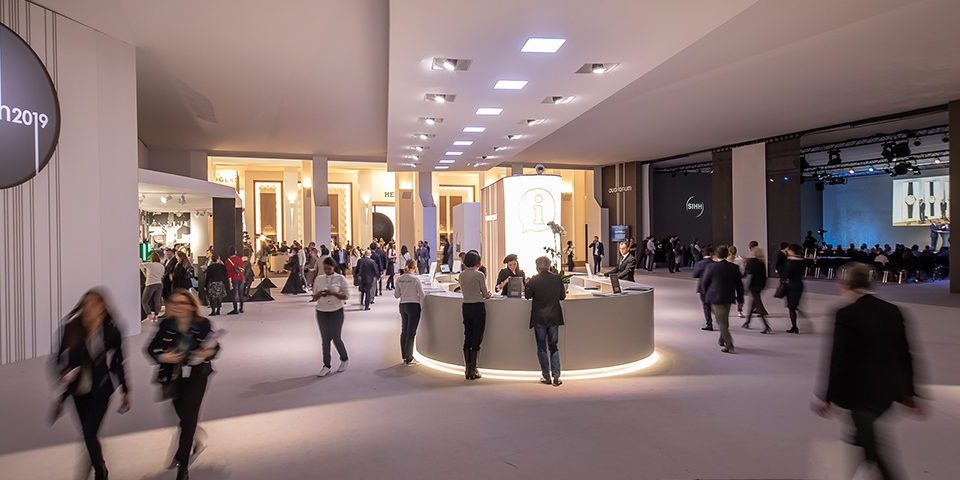 The Biggest Watch Events in the World

From showcases to launches and big reveals, these are the events the world of watchmaking look forward to each year
Do you like it?1
Read more 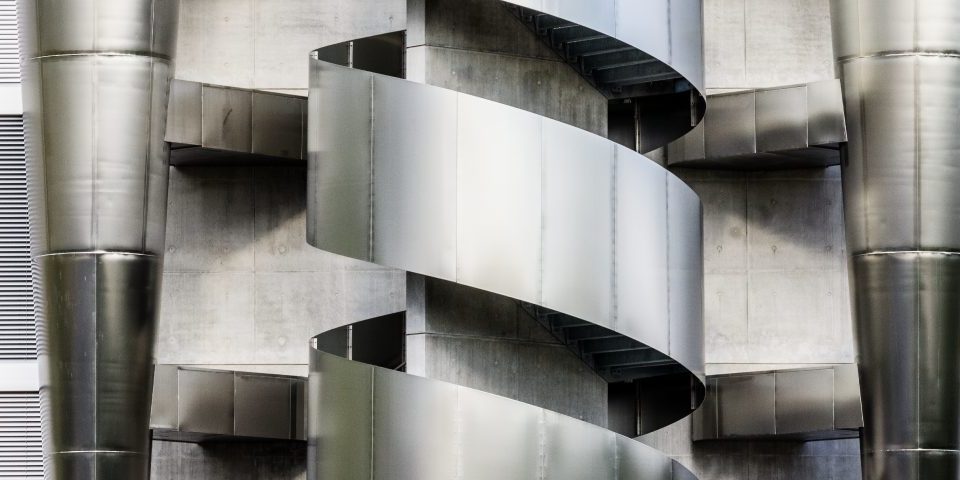 At the heart of Omega’s solar powered factory is a fireproof storage system, containing over 30, 000 boxes of watch parts moved by robotic arms that travel with speed and never misses a beat.
Do you like it?1
Read more 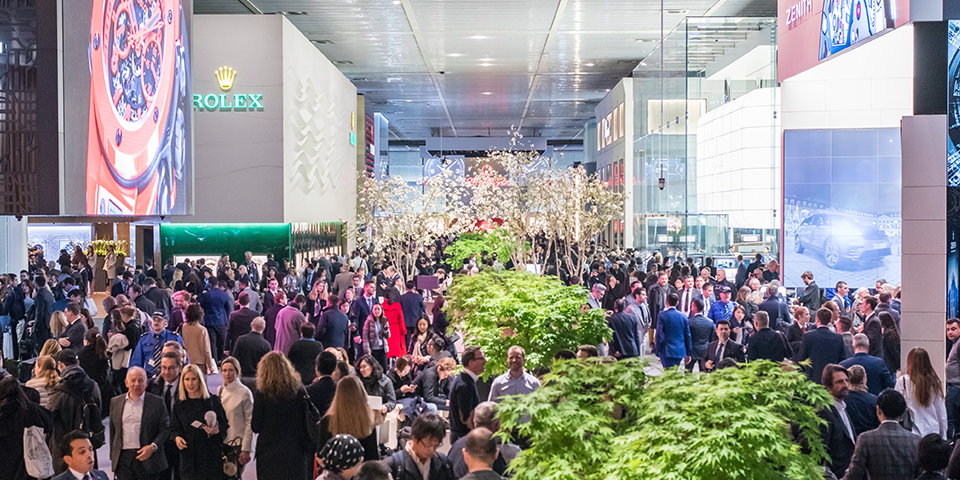 Before this year’s show, WE want you to take a quick recap of the showstoppers from year’s biggest watch event
Do you like it?1
Read more 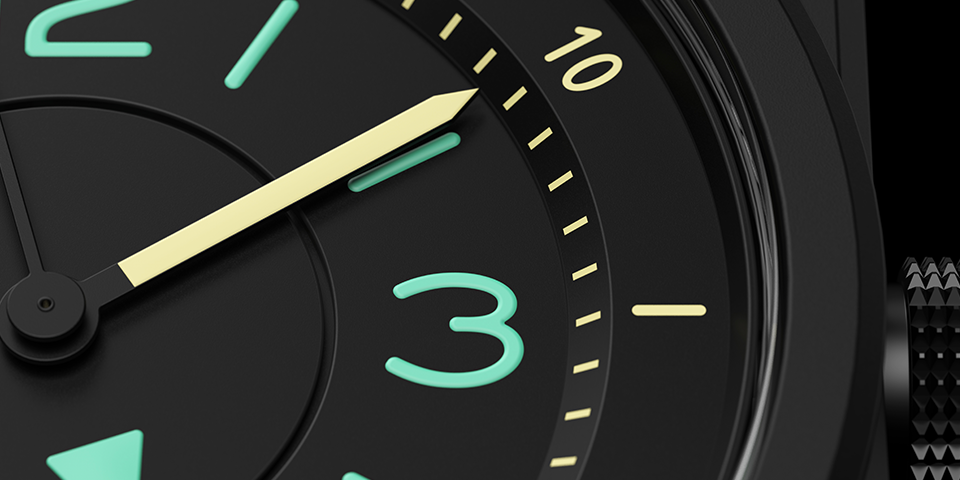 Bell & Ross delivers its latest novelty that is once again inspired by analog aircraft instrumentation.
Do you like it?1
Read more 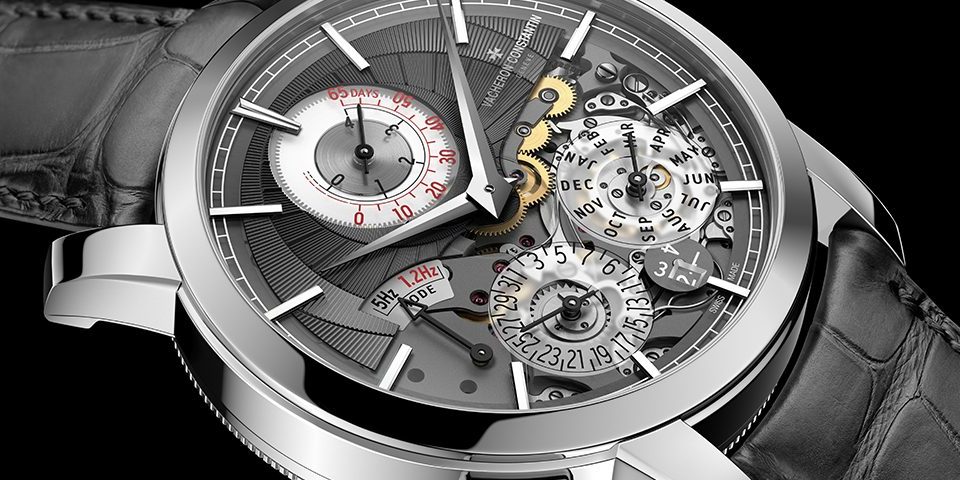 Vacheron Constantin presents the traditionnelle twin beat perpetual calendar, a timepiece that can adapt to its wearer’s needs.
Do you like it?2
Read more 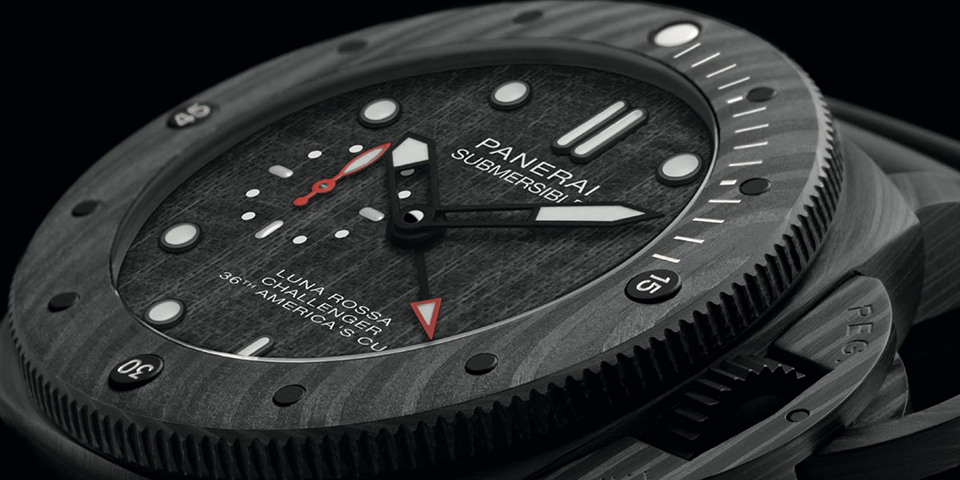 Panerai is the official sponsor of Luna Rossa, the challenger of record of the 36th edition of the America’s Cup
Do you like it?1
Read more 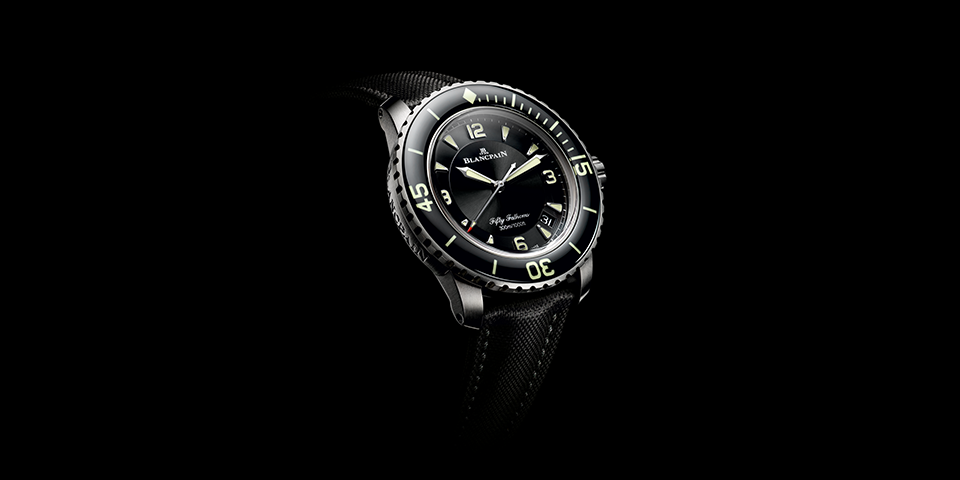 Divers look out! If you are into titanium, you might wanna check out this update
Do you like it?1
Read more 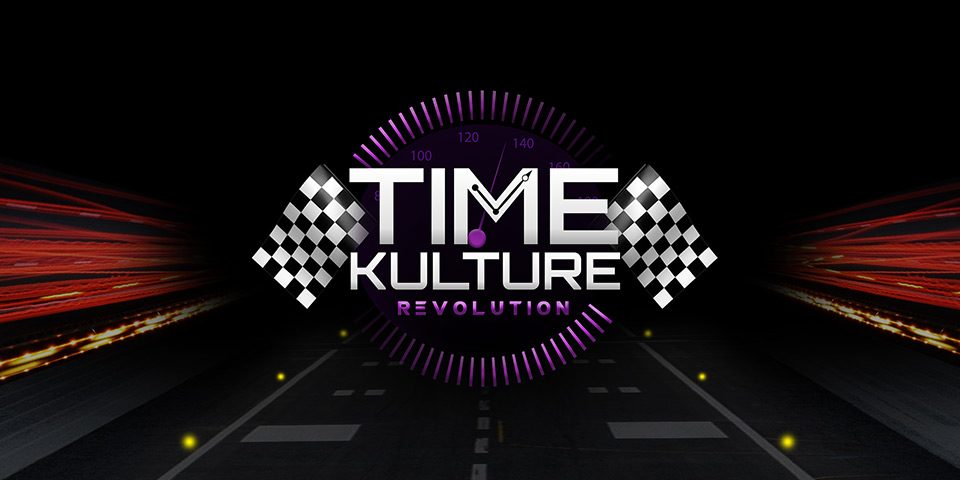 Swiss Watch Gallery launched the fifth edition of its signature event, Revolution by Time Kulture, with a cocktail soiree at the city’s premier retail landmark, Pavilion Kuala Lumpur.
Do you like it?1
Read more 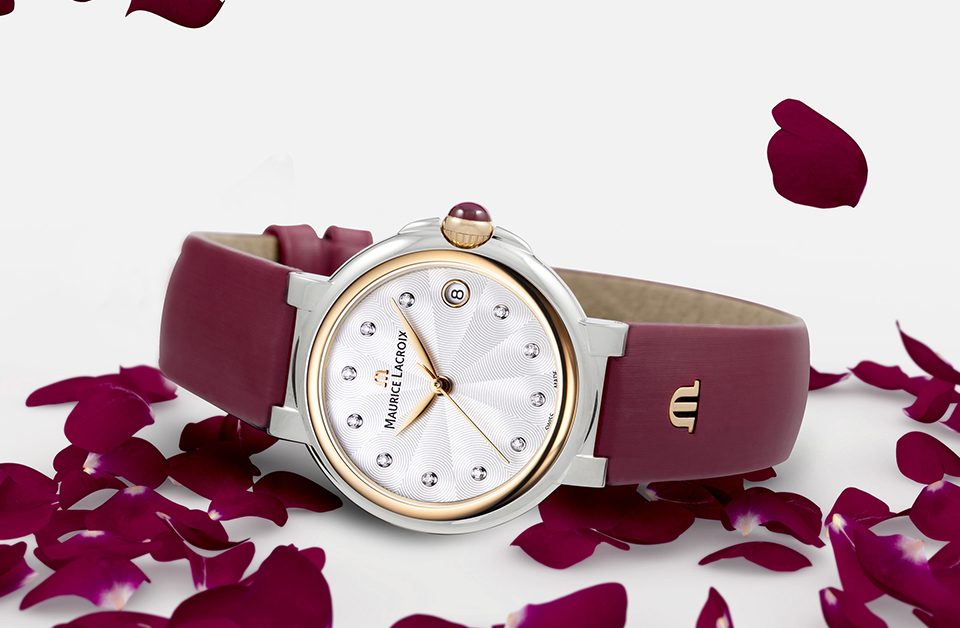 The FIABA Valentine is a romantic expression of femininity and a celebration of love. Its slim lines capture a moment, a time when love is in your heart and affection is in your thoughts.
Do you like it?25
Read more 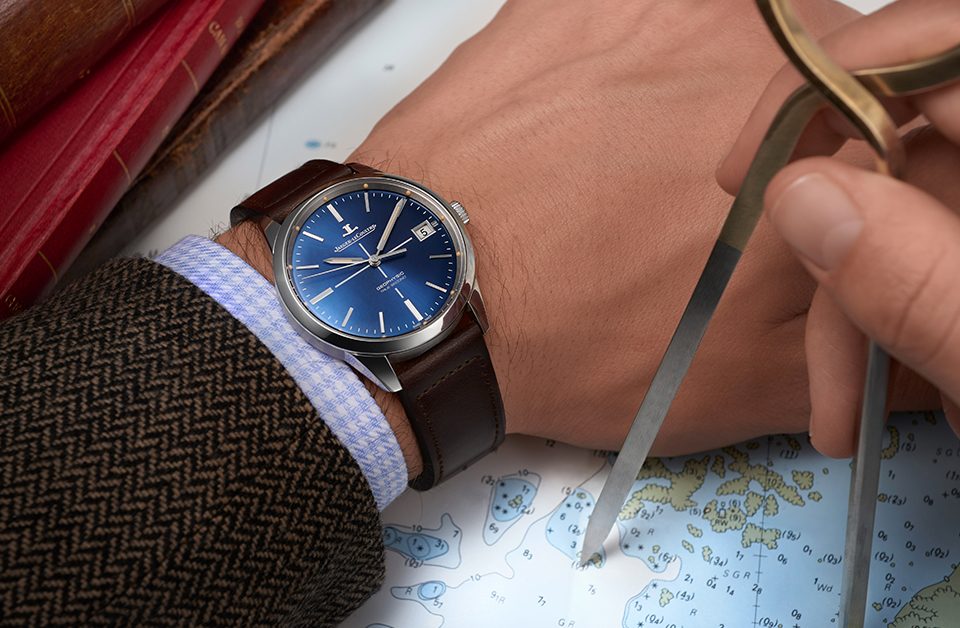 It is the final day of the SIHH presentation before the doors are open to the public. All eyes are on Jaeger-LeCoultre, who engineers its elegant timepieces in Le Sentier, where it was founded in 1833. Famed for its intricacy and expertise, the brand has developed over 1,200 individual calibres and holds 400 unique patents. Here we highlight our favourites.
Do you like it?25
Read more 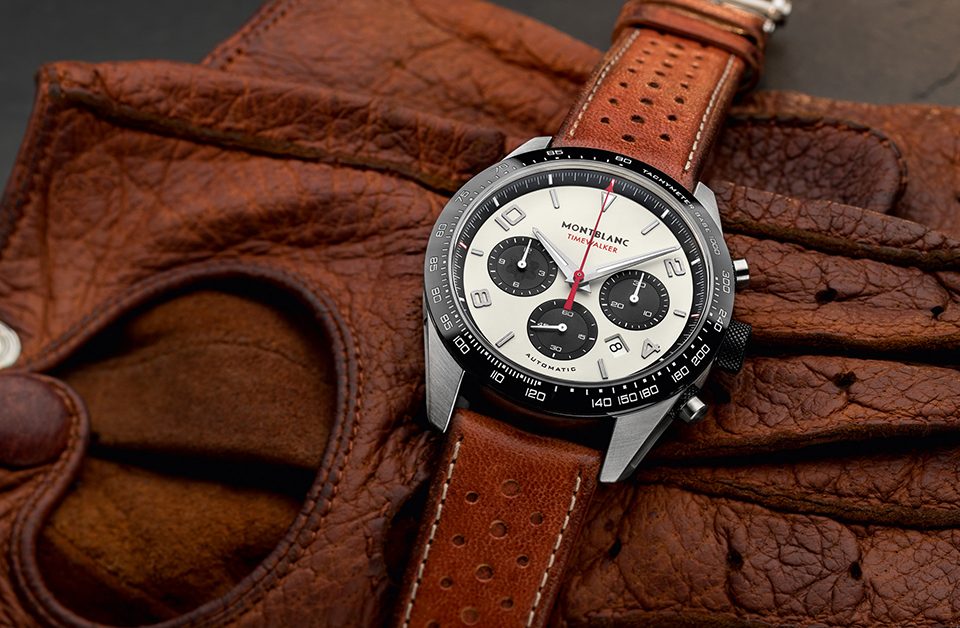 We are headed into Day 2 of the SIHH in Geneva, and it is another full and exciting day of amazing novelties from brands like A. Lange & Söhne, Cartier, Montblanc and Vacheron Constantin. Here are our top picks.
Do you like it?25
Read more 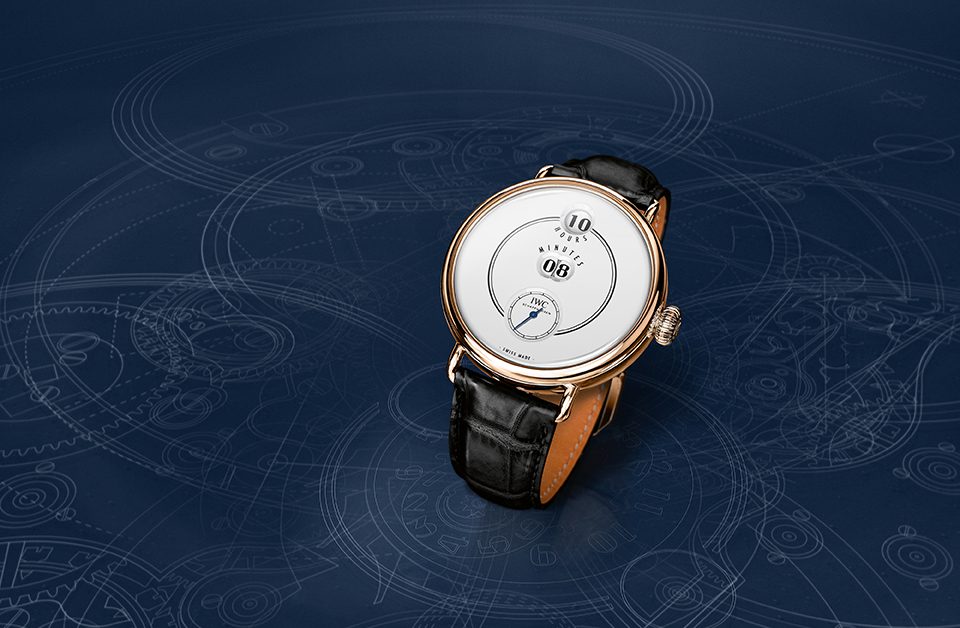 The wait is over and the horological community turns to the highly-anticipated fine watchmaking event – the SIHH, Salon International de la Haute Horlogerie, to discover the latest releases from the world's most prestigious watch brands on the first day.
Do you like it?25
Read more 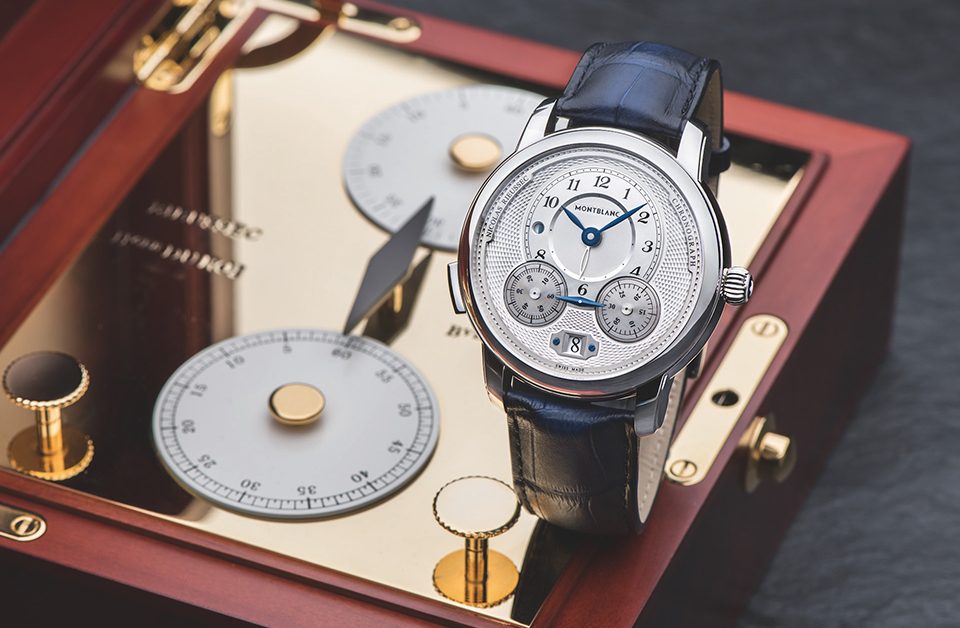 Swiss Watch Gallery presents you with a sneak preview of this year’s highlights from much sought-after brands such as A.Lange & Söhne, Audemars Piguet, Baume & Mercier, Cartier, IWC, Jaeger-LeCoultre, Montblanc, Panerai, Piaget, Roger Dubuis and Vacheron Constantin.
Do you like it?19
Read more 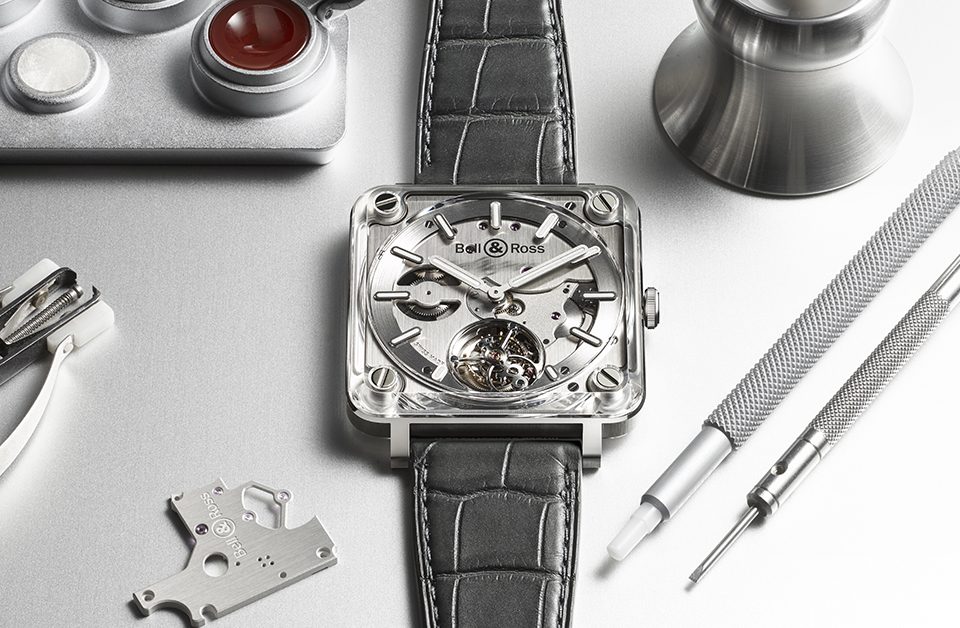 Given just three words to define a watch, they would undoubtedly be “case, movement, dial”. If would be difficult, if not impossible, to miss out any one of these elements. However, true innovation lies in questioning certainties and exploring brand new paths. This is exactly what Bell & Ross did when designing its new BR‑X2, where the case and movement form a single element.
Do you like it?15
Read more 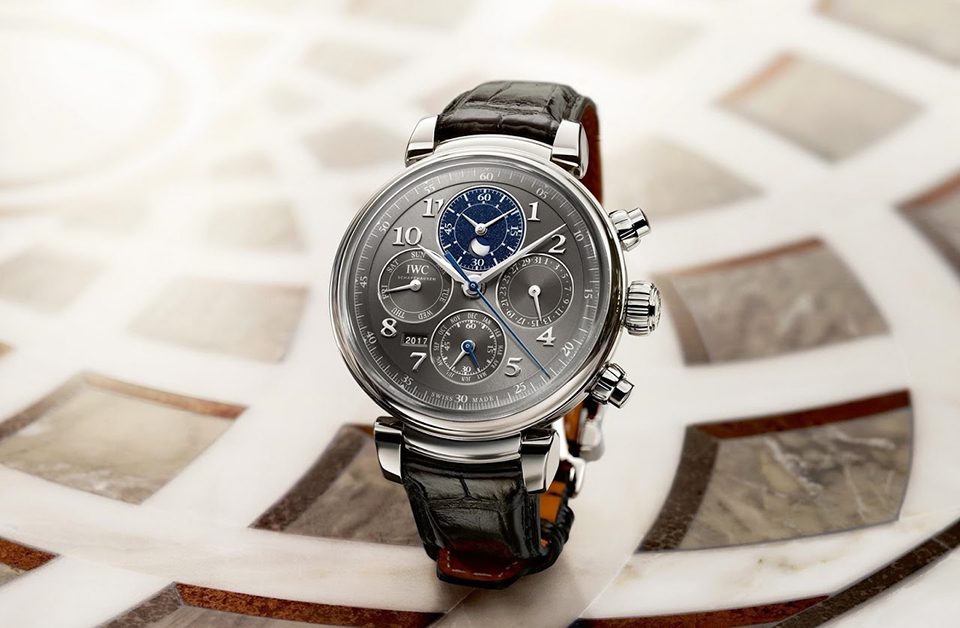 Rendezvous Between Moon And Chronograph

The Da Vinci Perpetual Calendar Chronograph is the brand’s first watch to combine the hour and minute counters with the moon phase in a single subdial. Achieving this called for a development of the IWC-manufactured 89630 calibre. A silver-plated or gold-plated disc depicts the full moon in all its glory. At the same time, the rounded, dark blue section of the disc – representing the earth’s shadow – rotates to show the waxing or waning moon.
Do you like it?9
Read more 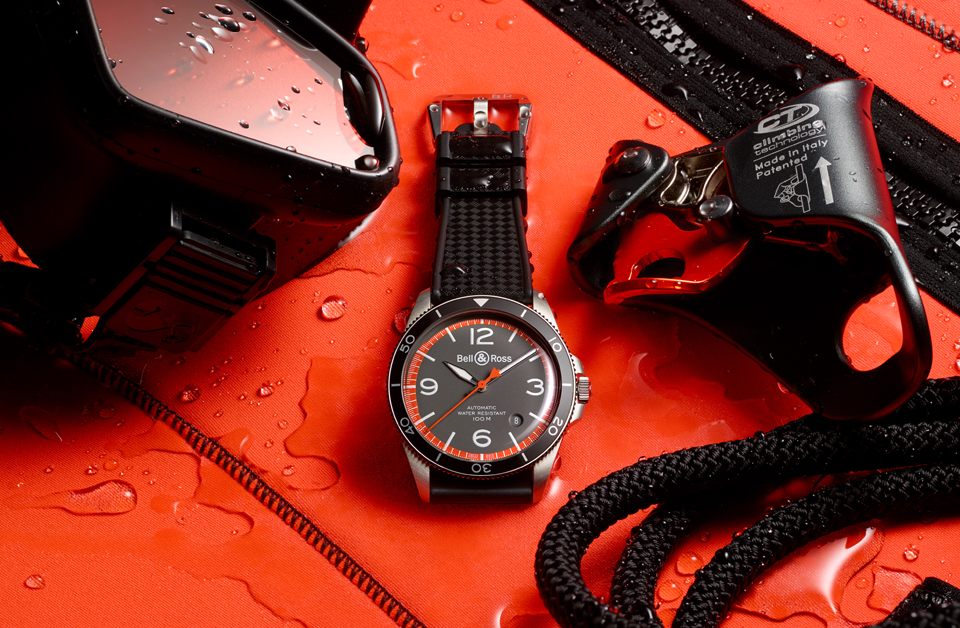 Bell & Ross has a passion for the military world and its codes. Since its inception, the watch company has considered those who serve in the military to be heroes. The brand shares the values of performance and excellence with these men and women and has enlisted their expertise to develop timepieces with optimal functionality.
Do you like it?7
Read more 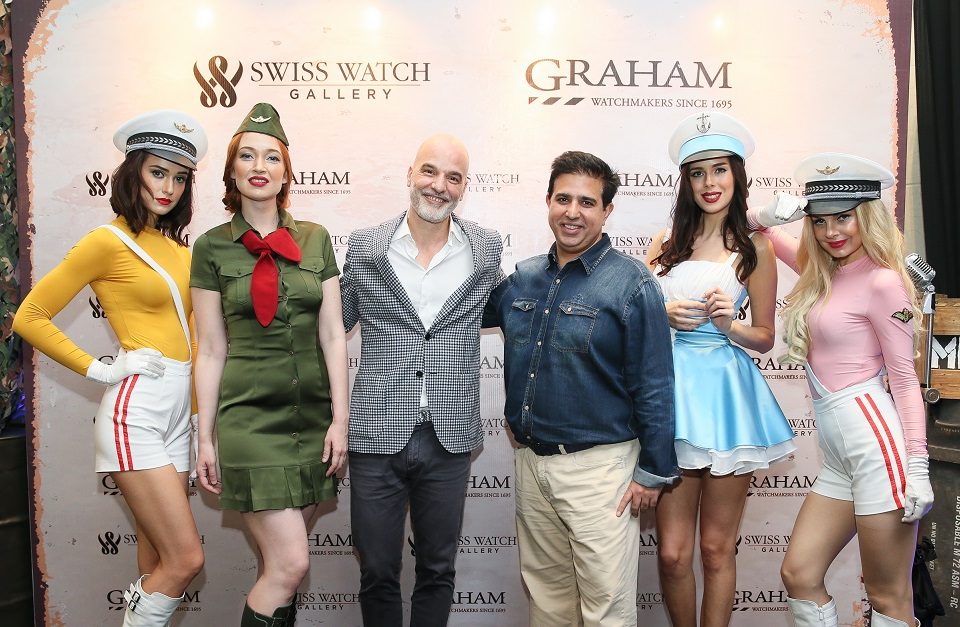 Swiss Watch Gallery stepped back into the 40’s, with an evening of extraordinary aviation-inspired timepieces by Graham SA.
Do you like it?4
Read more 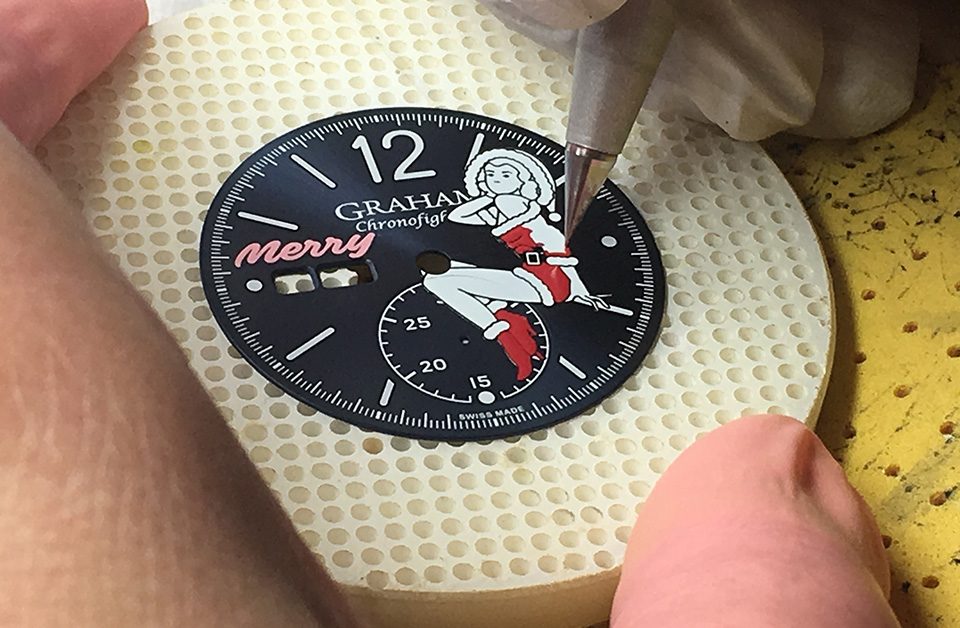 Assuming they’ve been good and not naughty, 25 lucky individuals around the world can celebrate in style with a Graham Chronofighter sporting a Merry pin-up.
Do you like it?5
Read more 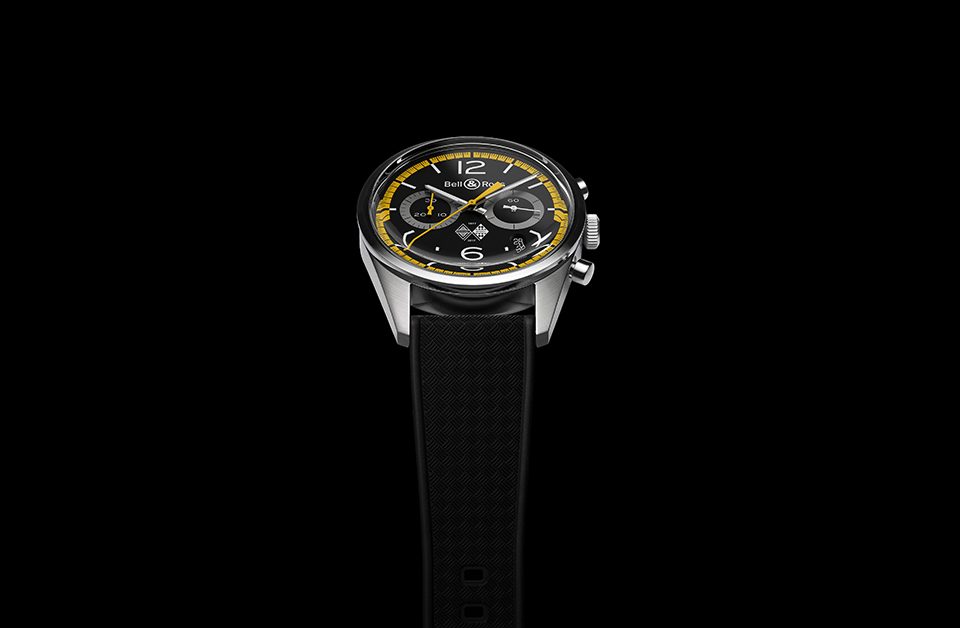 Bell & Ross —the official partner of the Renault Sport Formula One™ Team since their return to Formula One last year, as a constructor— unveils its newest timepiece: the BR126 Renault Sport 40th Anniversary.
Do you like it?1
Read more 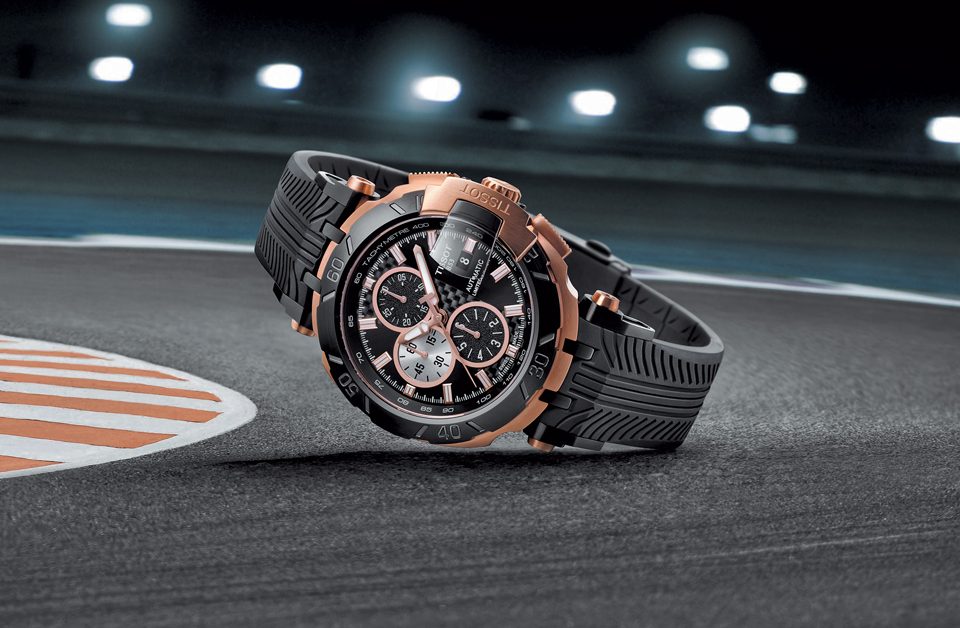 The Tissot T-Race MotoGP™ Automatic Limited Edition 2017 acknowledges the successful partnership between Tissot and MotoGP with a watch that has a winning attitude.
Do you like it?2
Read more 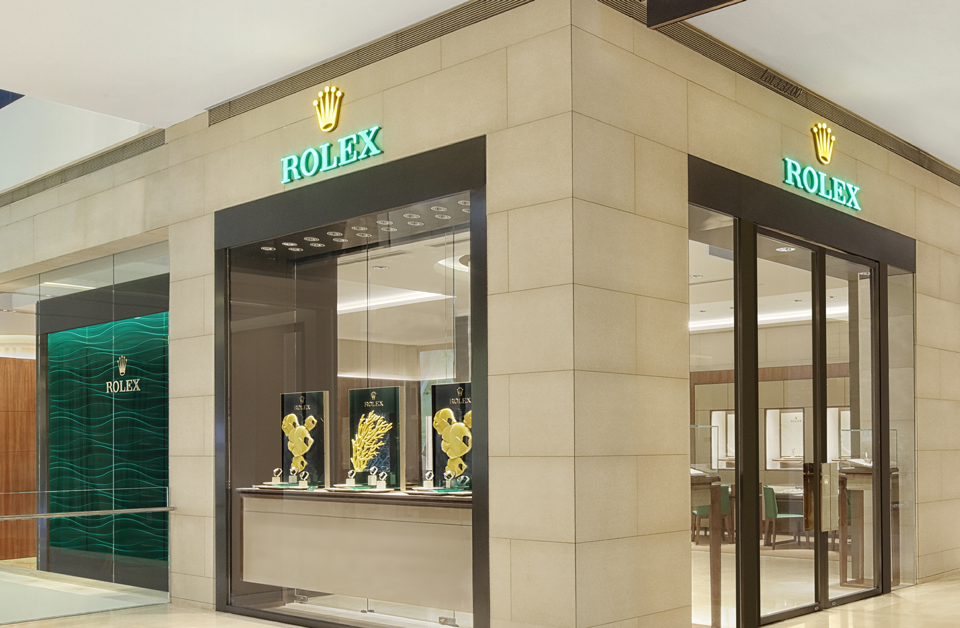 Luxury watch retailer Swiss Watch Gallery recently launched the reopening of its revamped Rolex Boutique at Pavilion Kuala Lumpur. The celebration was made even more special as it marked the 10th year of the partnership between Swiss Watch Gallery and the prestigious Swiss watchmaker Rolex.
Do you like it?2
Read more 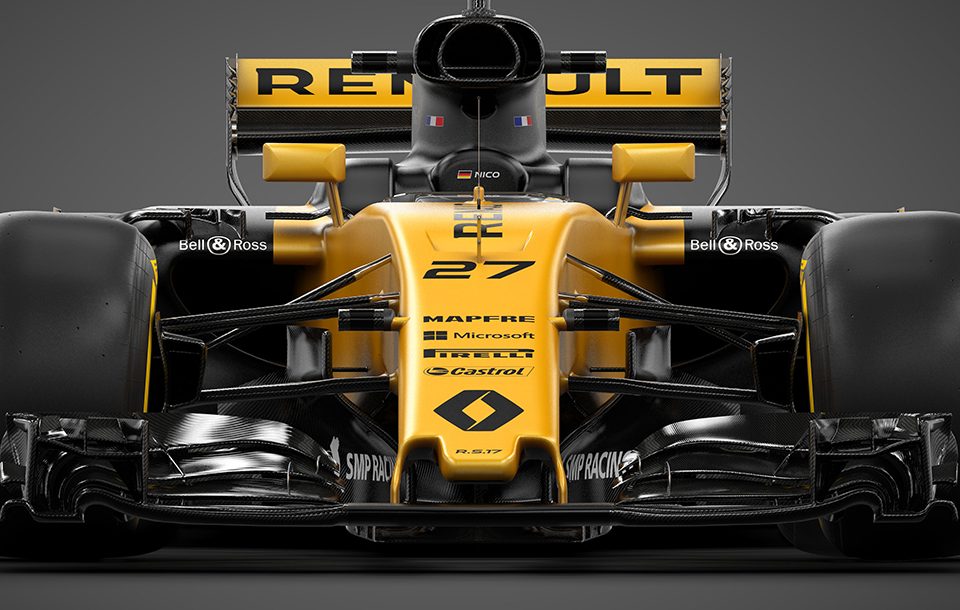 Since its foundation in 1994, Bell & Ross has helped fighter pilots keep time. Over the years, the brand has become a leading benchmark in the world of aviation. In February 2016, in its permanent quest for new universes to explore, Bell & Ross made its first foray into the racetracks by joining the highly exclusive world of Formula 1 and becoming the official watch partner of the Renault Sport Formula One Team. The prestigious world of motor sport shares many similarities with aviation, Bell & Ross’ first love. In both fields, engineers seek extreme performance, speed and mechanical accuracy.
Do you like it?1
Read more 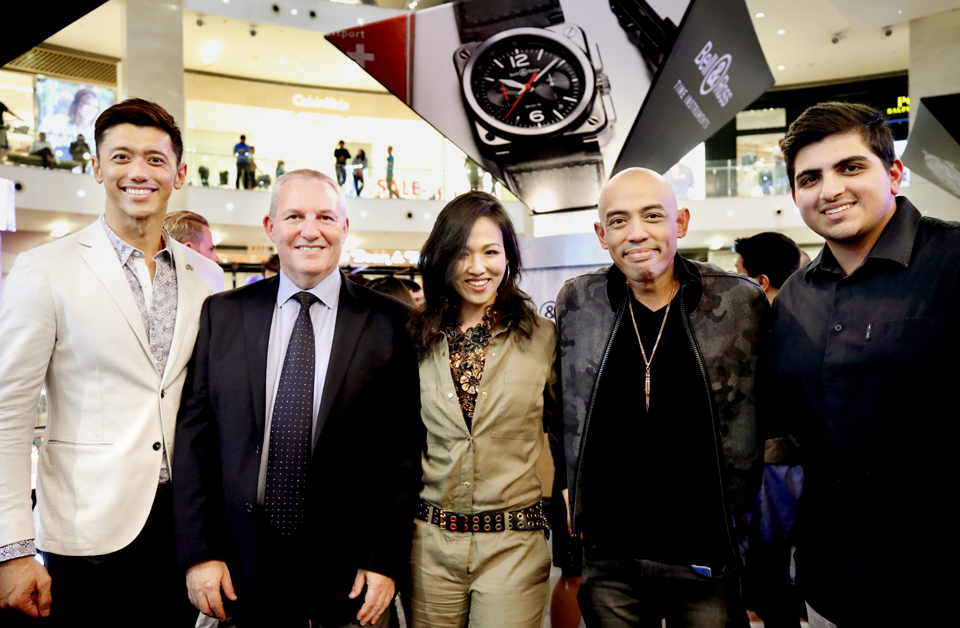 Revolution by Time Kulture kicks-off with a bang

Revolution by Time Kulture launched with much fanfare at the Centre Court of Pavilion Kuala Lumpur on July 6, with more than 150 guests and friends of the brand who attended the invite-only launch party. The fourth instalment of Swiss Watch Gallery’s signature watch showcase runs until July 16.
Do you like it?3
Read more
Load more

Make an appointment with a Swiss Watch Gallery associate to begin your journey to find your perfect timepiece.

Be the first to hear about new arrivals, invitation-only sales and special events.

We use cookies to ensure that we give you the best experience on our website. If you continue to use this site we will assume that you are happy with it.ContinuePrivacy policy